The Krasnodar branch of the RF Federal Anti-Trust Service has commenced an action against Novorossiysk Commercial Sea Port for issuing a guidance for handling vessels at its terminal, which the anti-trust authority deems to be anti-competitive.

The complaint was launched by Rosnefteflot, a tugboat subsidiary of the Russian oil major Rosneft. The company received the new guidance as well as collateral agreements on oil handling.

The Anti-Trust Service described the actions of Novorossiysk Commercial Sea Port as an abuse of monopoly.

The company is to report compliance with the anti-trust requirements by March 12, otherwise the Federal-Anti-Trust Service will commence a new anti-trust action, the state agency said. 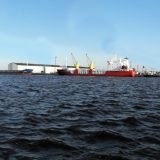 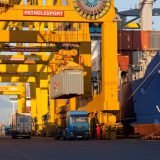