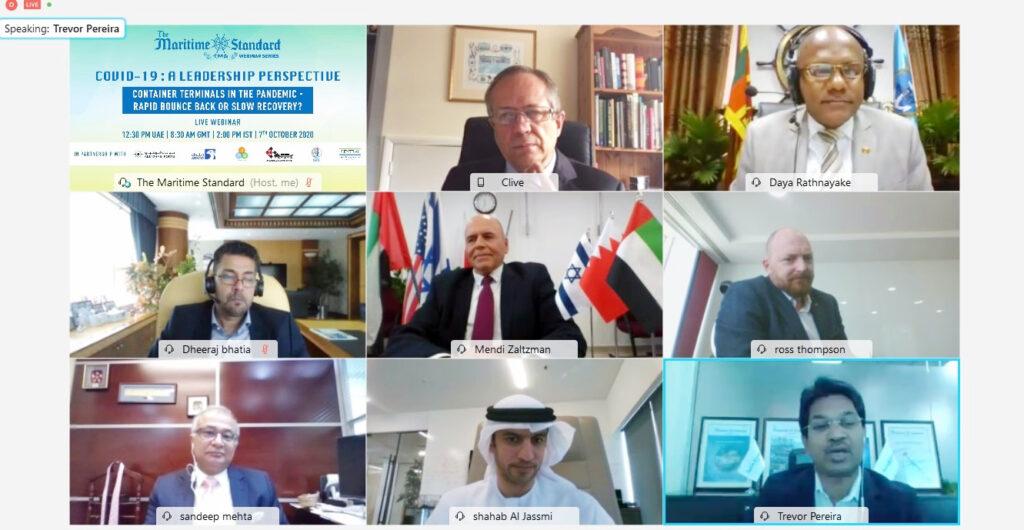 Container bounce back gives operators cause for optimism

Container terminal operations in the pandemic era were in the spotlight as The Maritime Standard assembled a top class, multinational panel of business leaders, from the UAE, India, Sri Lanka, and for the first time, Israel, to discuss the impact of Covid-19 on the sector. The topics discussed ranged from container throughput demand prospects, the use of digital tools and new technology, the likely effects in terms of infrastructure investment and the human element.

There was a strong sense of pride that the container terminal business had helped maintain the flow of goods on a global basis without disruption, and panelists were cautiously optimistic that the sector was on the verge of a sustained recovery. Shahab Al Jassmi, commercial director, DP World UAE Region, said, “There are positive signs that consumption is increasing, and we are starting to see the impact of that in volumes at Jebel Ali port. Overall, as the gateway to the region, I am very optimistic about the future.”

Port of Haifa CEO, Mendi Zaltzman, pointed to a number of bright spots at the leading Israeli container facility, including the impending announcement of a strategic buyer for the port under the government’s privatisation programme, and the arrival next week of the first containers from the UAE on the container vessel, MSC Paris. “I am on the side of optimism,” he declared.

Abu Dhabi Ports chief strategy and growth officer, Ross Thompson, suggested that container trade recovery was likely to be uneven. “Some sectors, such as food and retail, will bounce back quickly, while others like automotive, will take longer to recover,” he predicted.

Exports moving through Indian ports were now back to pre-Covid levels, while imports would be back to normal by December, observed Captain Sandeep Mehta, President, Adani Ports and Special Economic Zone. “I don’t see a rapid come back, but a gradual increase as the economy picks up,” was his conclusion.

General Daya Ratnayake, Chairman, Sri Lanka Ports Authority, echoed the generally optimistic tone, reporting that after a big dip in April and May, Colombo container terminal operators were now seeing close to normal levels. “With transshipment accounting for over 80% of the port’s volumes, the fact that international trade is recovering is very positive news,” he said.

Giving a liner shipping perspective, Hapag Lloyd’s Dheeraj Bhatia, reflected that the Middle East, India, and Africa had all had different experiences, and stressed that accurate forecasting was still difficult. However, he noted that vessels were full, former idle ships were back in service and there was a shortage of space now on some trades. “There are some very encouraging signs, but we are still cautious. There is a lot of uncertainty and we have to watch and wait a little more before we get clarity,” he concluded.

This was the tenth webinar in the TMS Leadership Perspective series and attracted registrations from a global audience of around 750. Preparations are now being made for the next TMS Webinar which will take place on October 21st and will focus on the implications of the pandemic for the development of green shipping and transport solutions. For more details go to: https://www.themaritimestandard.com/tms-webinar/ 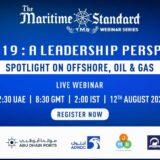 TMS Webinar puts the spotlight on Offshore, Oil and Gas
For its seventh Webinar in the Covid-19: A Leadership Perspective series, which takes place […]
Вебинар
0 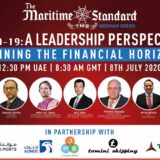 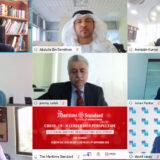 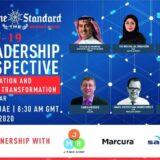 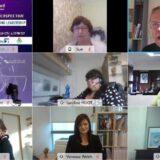 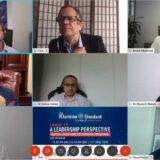 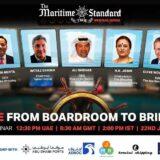 TMS Webinar brings together leaders ashore and at sea
For its sixth Webinar in the Covid-19: A Leadership Perspective series, which takes place […]
Вебинаркоронавирус
0 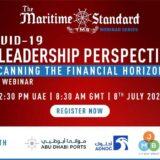 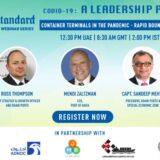 TMS Webinar Series: Container terminals in the pandemic — Rapid bounce back or slow recovery?
The coronavirus pandemic has had a big impact on container terminal operations around the […]
ВебинарКонференция
0 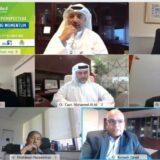 Latest TMS Webinar reflects growing optimism that momentum towards green shipping future can be sustained
For its eleventh Webinar in the Covid-19: A Leadership Perspective series, which took place […]
Вебинар
0 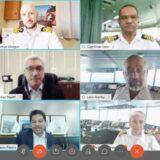