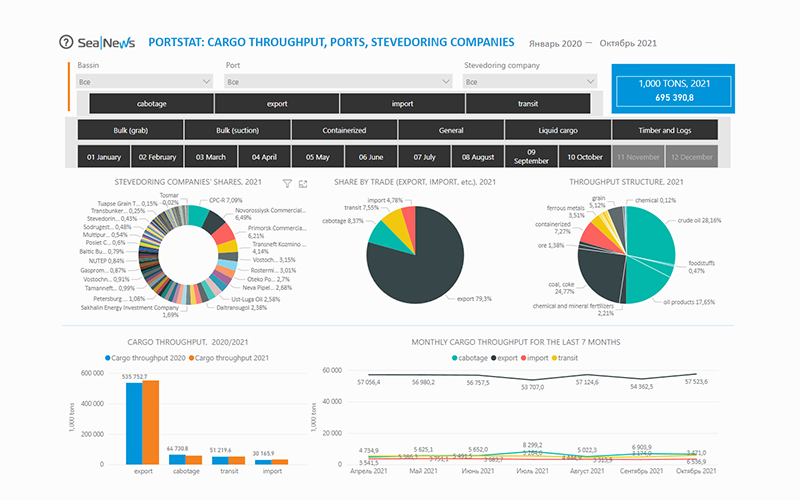 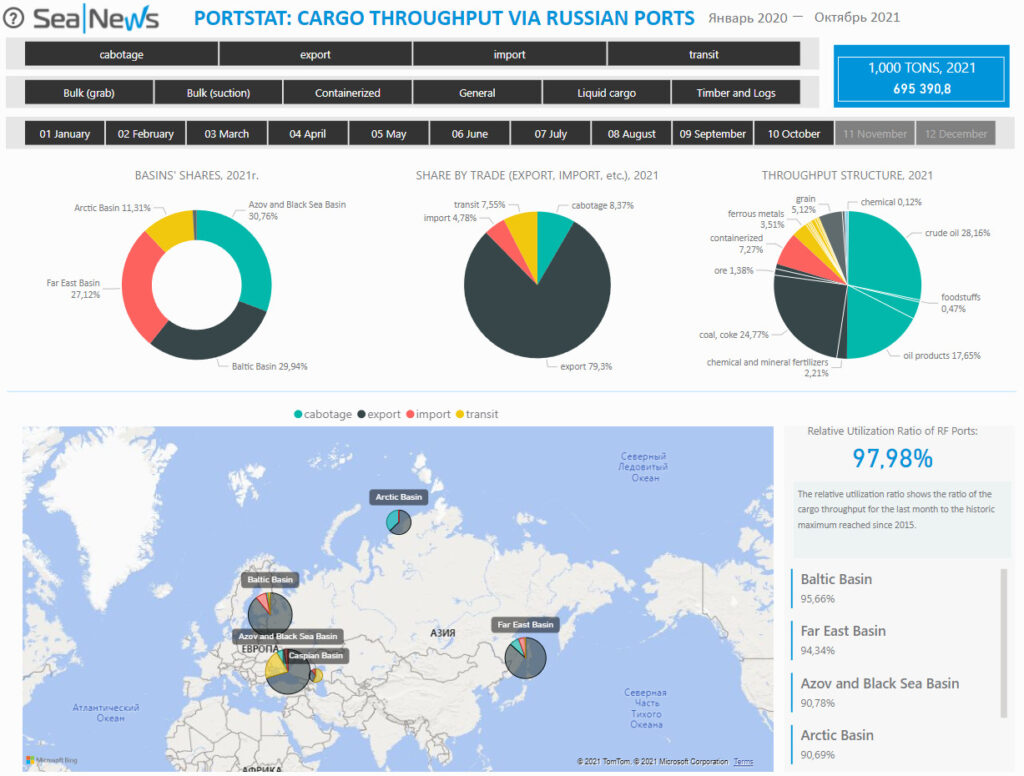 According to SeaNews PORTSTAT analytic online service, CPC-R in Novorossiysk was the leader in January-October 2021 in terms of cargo throughput. Its cargo traffic decreased by 0.2% year-on-year down to 49.3 mn tons.

Novorossiysk Commercial Sea Port rated the second in January-October 2021. Cargo traffic via the terminal amounted to 45.1 mn tons, up 0.4% year-on-year.

Cargo throughput via Transneft Kozmino Port in Vostochny increased by 3.6% up to 28.8 mn tons.

International Marine Handling Terminal JSC in Vladivostok saw its cargo traffic surge 34.8-fold. This terminal did not handle cargo in January-September last year. Cargo throughput via VTU in Vanino was up 22.5-fold. This stevedore did not handle cargo in January-August last year. Slavyansky Timber Terminal Stevedoring Company in Posiet was up 7.9-fold. 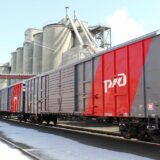 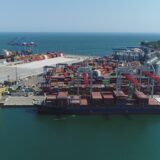 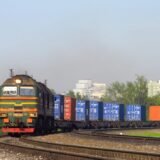 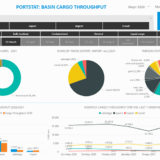 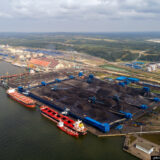 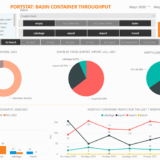