The Maritime Standard Awards showcases excellence across the industry

The eighth annual The Maritime Standard Awards, held on Monday November 22nd at the World Trade Centre Dubai, raised the bar higher still for events of this type as it provided an outstanding, high-profile showcase for individual and organisational excellence in the shipping, ports and maritime industry sectors.

As always, the Awards celebrated the achievements of the industry’s top performers with style and panache, with guests enjoying the chance to be part of an in-person occasion that was full of glitter and glamour.  Once again, the quality of the event and the level of attendance, demonstrated clearly why it is now unquestionably the leading awards ceremony for the maritime sector in the Middle East and the Indian Subcontinent.

This year, more than 700 executives, including delegations from Saudi Arabia, India, Oman, Kuwait, Asia and Europe, assembled in the World Trade Centre Ballroom to witness the presentation of 29 different Awards, and enjoy top-quality entertainment which was on display. One of the highlights of the night was the chance to see the artistic master Sylvian Tremblay present a live painting demonstration with VIP guests invited to take part interactively, throwing sand onto the picture and helping bring an image of famous Arab explorer, Ibn Battuta, to life before their eyes.

Held for the eighth year in a row under the patronage of His Highness, Sheikh Ahmed Bin Saeed Al Maktoum, President, Dubai Civil Aviation Authority and Chairman and Chief Executive, Emirates Airline, the Awards were this year hosted by well-known comedian and impressionist, Jon Culshaw, who kept the audience well entertained and marshalled proceedings with considerable style and flair.

The Maritime Standard Awards founder and managing director, Trevor Pereira, commented: “It was a fabulous night to remember. The UAE is reaping the rewards of a positive vaccination programme which makes people feel comfortable about conducting business face to face and attending events like this.  The evidence is here in the room tonight with over 750 guests in attendance, including high level delegations from Saudi Arabia, India, Oman, Kuwait, Europe and Asia. It is a fantastic achievement but one that is only possible because of the wise policies adopted by the UAE leadership, for which we are all grateful.”

In total 20 awards were presented to individuals and companies following the deliberations of the judging panel. In addition, there were a number of special awards presented by TMS for particularly impressive levels of performance over many years.   Captain Mohamed Juma Al Shamisi was honoured with The Maritime Standard Visionary Award and industry veteran Captain Jimmy Sarah was inducted to the TMS Hall of Fame.

Other awards selected by The Maritime Standard included Shehara de Silva of Maclarans, who was the recipient of the Woman in Shipping award, and Shoaib Seedat, of Tomini Shipping, who was named Young Person in Shipping. The winner of the Deal of the Year was Abu Dhabi Marine Services-Safeen, while CSP Abu Dhabi Terminals was presented with the Editor’s Choice Award.

Trevor Pereira added, “The Awards received a record number of nominations this year and it was great to see a full ballroom.  It is clear that the shipping world is regaining confidence and is responding positively to the opportunity of  meeting in person again . There is also no doubt that Dubai is leading the way in staging such events with TMS very much to the fore.” 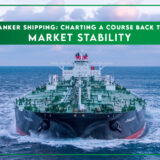 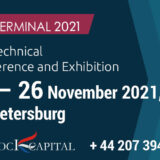 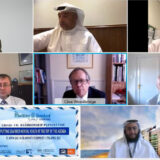 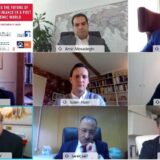 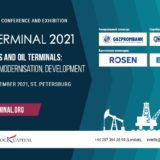 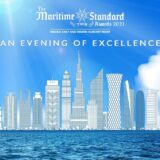