Global Ports Investments held its Annual General Meeting of the Members on 27 May 2021 in Limassol, Cyprus. The AGM approved the resignation of Demos Katsis, Sergey Shishkarev and Andrey Yaschenko from the Board of Directors.

The AGM elected Vladimir Bychkov, Andrey Lenvalskiy and Andrey Pavlyutin as a directors of the company for a period of one year.

Vladimir Bychkov has worked with Delo Group over a period of 20 years, starting his career as a freight forwarder in 2000. His most recent appointment is Vice President of Logistics and Business Development of the Group as of August 2020. He was Chief Executive Officer of Global Ports Management between 2018 and 2020 after Delo Group became a shareholder of Global Ports. Bychkov owns 705,903 ordinary shares of Global Ports Investments PLC (235,301 GDRs).

Andrey Lenvalskiy was Vice President, Investments and Capital Markets at Delo Group in March 2020. Prior to this, he worked in the global corporate and investment banking division of Bank of America Securities from 2011 to 2020, advising major Russian and international companies in the transport, infrastructure and natural resources sectors on M&A, equity and debt placements. Before that, he worked in the oil and gas team of the investment banking department of Renaissance Capital (2010-2011). He started his career in 2007 at Troika Dialog (now Sberbank CIB).

Andrey Pavlyutin replaced Demos Katsis, who represented Ilibrinio Establishment Ltd. He held the position of Deputy Commercial Director of Global Ports Management from 2016 till May 2021. Prior to this, he was Vice President of Logistics at First Quantum Group between 2014 and 2016 and CEO of FLC Group between 2014 and 2015. He previously held director roles at Container Terminal Illichivsk (2013-2018), Sovfracht UUT SA (2008-2013), Sovfracht Ukraine (2007-2008) and LLC Ukrainian Universal Terminal (2006-2008). Pavlyutin started his career at Maersk in 1997, holding a number of roles across the business in Ukraine, USA and Russia. 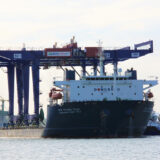 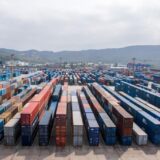 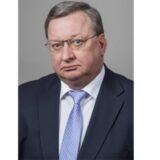 Intra-Group Merger in Global Ports
The Board of Directors of Global Ports Investments has approved the inter-group merger, as […]
Global PortsReorganization
0 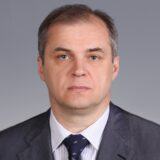