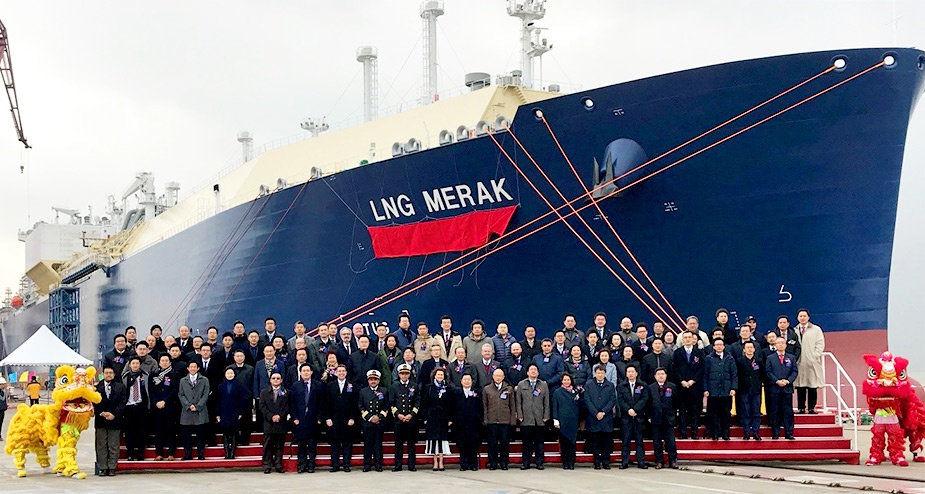 The “LNG Merak” is the second of the four newbuilding LNG carriers for the Yamal LNG Project announced at the end of June, 2017, and the sister vessel of the “LNG Dubhe”, which was delivered at the end of last October at the same shipyard.

According to MOL, the “LNG Merak” will be engaged transporting LNG produced by Yamal LNG from transshipment terminals in Europe to Asia LNG terminals.