Russian Car Market Up and Down

In January 2018, sales of new cars and light commercial vehicles in Russia by 31,3% compared with January 2017 and amounted to 102 464 cars, according to the Automobile Manufacturers Committee of the Association of European Businesses. Compared to December 2017, the sales dropped 38.3%.

«A strong start for the Russian car market in 2018. Partly owed to a low prior year base, the 31% headline growth in January is remarkable in the sense that it is the largest year-on-year improvement in a single month since 2011. Positive sales momentum can be expected to continue in the short term, although likely at a somewhat dampened pace. Customers are responding well to the current product and price offerings, aware of the fact that 2017 model year incentives are limited as the sell-out of respective dealer stocks is progressing faster than in recent years», Joerg Schreiber, Chairman of the AEB Automobile Manufacturers Committee, commented.

Lada, which continues to rate the first in the Russian market, sold 21 thousand cars in January, up 28.6% year-on-year but down 35.5% compared to December 2017. 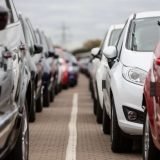 Ferrous Metals Export
During 2017 Russia exported 42.4 mn tons of ferrous metals, 2.2% below the figure for 2016. However, the […]
Only for subscribers
2017ExportFerrous metalsCustoms statistics
0

Black Sea Freight Market, Week 2
On week 2, 2018, freight rates for coasters in the Black Sea market did not change compared to […]
Only for subscribers
2018Freight ratesFreight ratesBlack Sea
0

Container Traffic via Ukrainian Ports Up
During January-March 2018, the sea ports of Ukraine handled 195.7 thousand TEU, up 4.1% year-on-year. By way of […]
Only for subscribers
2018ThroughputMarchPorts
0 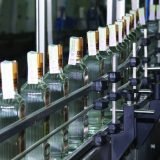 Excise Goods Import and Export
According to the RF Federal Customs Service’s statistics, in January-September 2018 Russia’s export of vodka made 1.48 mn […]
Only for subscribers
2018ExciseExportImport
0 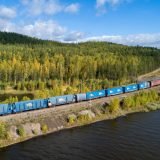 TransContainer Posts Operational Results
TransContainer has published its operational statistics for Q3 and the 9 months of 2018. The overall growth of […]
2018RailContainer ShippingRussian Railways
0

Ferrous Metals Export
According to the RF Federal Customs Service statistics, in January-November 2017 Russia exported 26.08 mn tons of ferrous […]
Only for subscribers
2017AprilAugustExport
0

Clothes, Fabric and Footwear Import
According to the RF Federal Customs Service’s statistics, during January-April 2018 Russia imported 21.9 mn pairs of leather […]
Only for subscribers
2018ExportAprilImport
0

Azov and Caspian Freight Market, week 8, 2018
The market is stable, and activity remains high. Plenty of cargoes are being proposed ex Azov, Rostov, Yeisk […]
Only for subscribers
2018Sea of AzovCaspianFreight rates
0 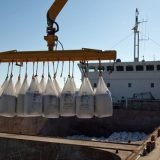 Mineral Fertilizers Export
According to the RF Federal Customs Service’s statistics, during January-August 2018 Russia exported more some 8.8 mn tons […]
Only for subscribers
2018ExportFertilizersAugust
0 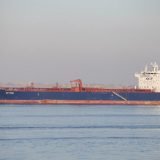