Passage of growing cargo traffic is ensured, including, due to the increase in the efficiency of transportation, noted in the press service of RZD.

Azov and Caspian Freight Market, Week 50
No significant changes are seen in the Sea of Azov market this week. The […]
Only for subscribers
2017AugustAugustSea of Azov
0 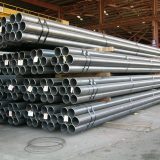 Ferrous Metals Export
The export of ferrous metals continues to decline. According to the Federal Customs Service, […]
Only for subscribers
2017AprilAugustExport
0