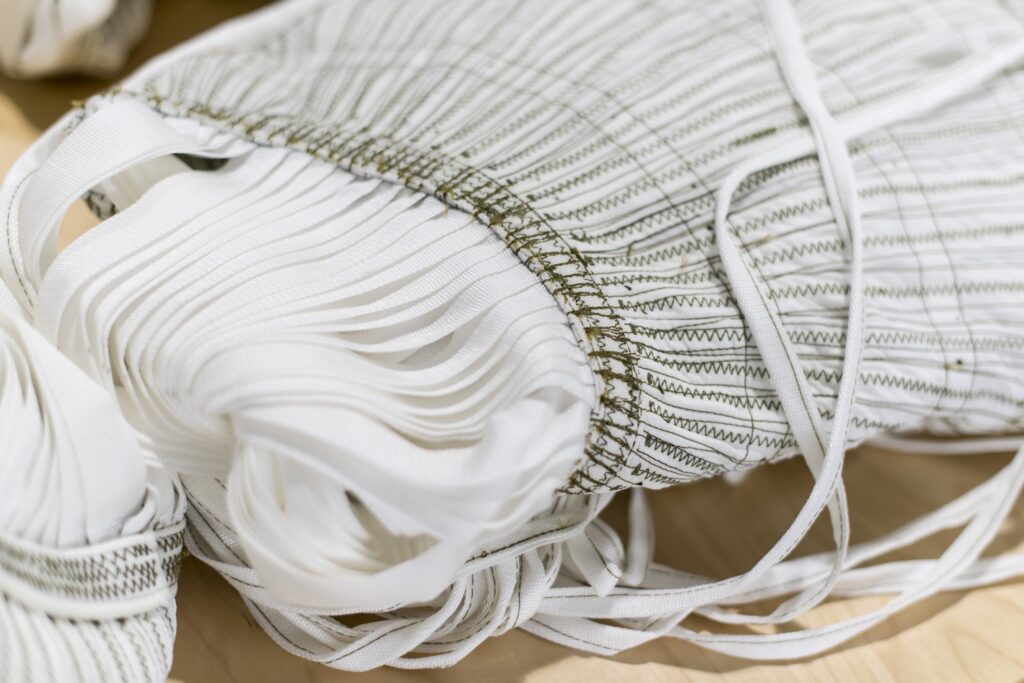 Technodinamika Holding, part of Russia’s Rostec State Corporation, has received a patent for its ‘smart’ cargo parachute system capable of providing airdrop delivery of goods in a fully automatic mode with an increased accuracy using GLONASS or GPS systems. According to Rostec, the development is undergoing flight tests.

The automated cargo airdrop system consists of a landing platform, a controlled ram-air canopy, and special equipment for fully automated guidance and flight. The ‘smart’ parachute can be used to drop loads weighing up to 250 kg both in the guidance mode using the coordinates provided by GLONASS or GPS via a digital communication channel with the ground control equipment, and in the ‘slave’ mode. In the latter case, the cargo follows the ‘leading’ parachutist.

‘Today we received a patent for a ‘smart’ cargo parachute system. The Juncker-DG-250 system is designed for landing from altitude up to 8,000 meters, and the landing error does not exceed 100 meters thanks to GLONASS and GPS systems. In addition, we have received a patent for all-purpose parachute cargo harness which, if need be, can help increase the payload of any parachute system to 500 kg. This will make cargo delivery much easier,’ Oleg Yevtushenko, Executive Director of Rostec, said.

‘At the moment, the product is undergoing flight development tests. It is planned that by the end of 2022 the prototype will be transferred for testing to the State Flight Test Center of the Ministry of Defense of the Russian Federation. The all-purpose parachute cargo harness is undergoing research tests, including those needed to develop the guidelines for using it with various types of aircraft in service in the Russian armed forces,’ Igor Nasenkov, General Director of Technodinamika JSC, commented.