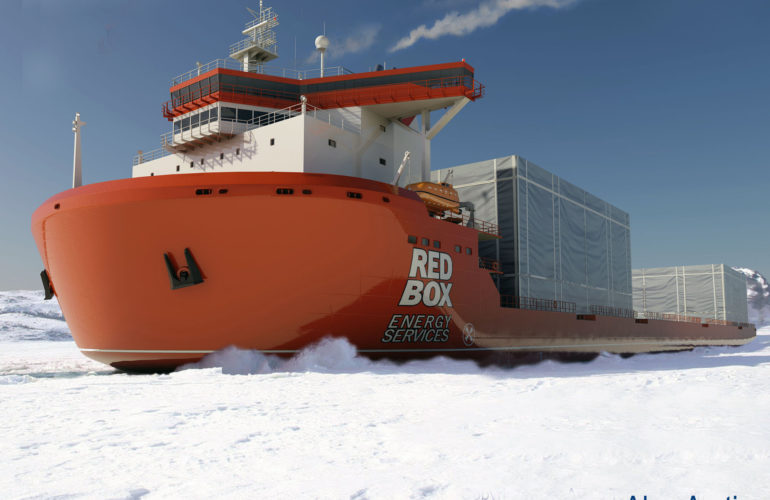 Novatek has announced that the Arc7 ice-class module carrier “Audax” has completed its voyage along the Northern Sea Route long after the traditional navigation season closure, to deliver a process module weighing almost 12,000 tons for Arctic LNG 2 from the Chinese port of Tianjin to Murmansk.

The module will be installed on the gravity-based structure (GBS) for Arctic LNG 2 Train 1 at the LNG Construction Center in the settlement of Belokamenka, Murmansk region.

This voyage was unique in terms of a vessel of this size passing the entire Northern Sea Route with a nuclear icebreaker support in February in challenging ice conditions, Novatek said.

Atomflot-operated icebreakers escorted the vessel along the Northern Sea Route. The icebreaker assistance was difficult largely due to navigation specifics during winter 2022. The current NSR navigation season saw severer ice conditions compared to previous years and the summer-fall navigation period ended in the beginning of November 2021, much earlier than in previous years.

Due to the size of the “Audax”, icebreaker assistance in the route’s most challenging sections in the Chukchi, East Siberian and Kara Seas required two icebreakers to widen the channel in the ice.

The previous delivery of module for gravity-based structures for Arctic LNG 2 was in September last year on board the specialized vessel “Gpo Grace”. 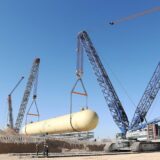 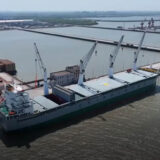