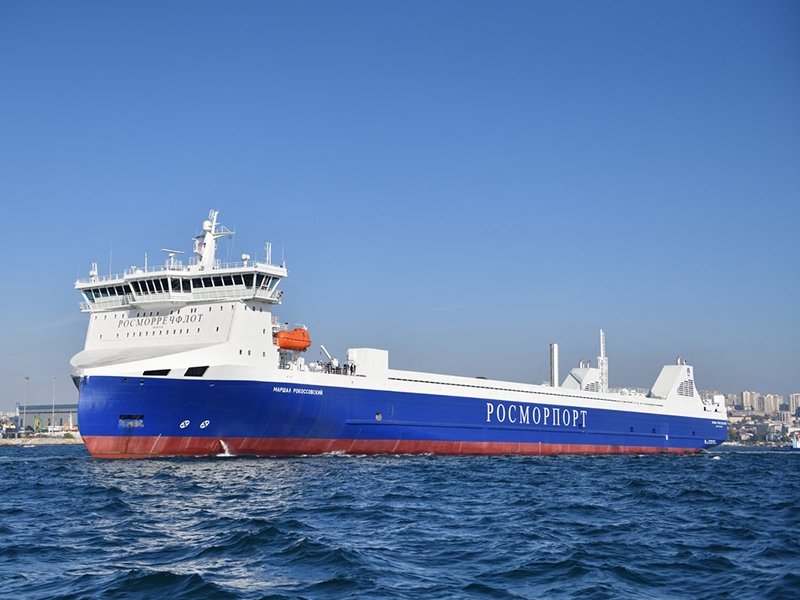 The “Marshal Rokossovsky” double-fuel ferry has set sail from Tuzla in Turkey to the port of Baltiysk in West Russia. According to the RF Federal Agency for Maritime and River Transport (Romorrechflot), the vessel is expected to arrive by the end of January.

The ferry was built to the order of the Russian federal port agency Rosmorport in cooperation between Russia’s Nevsky Shipbuilding and Shiprepair Yard and Turkey’s Kuzey Star Shipyard. The ship design was developed by the St. Petersburg branch of the Odessa-based Maritime Engineering Bureau.

The ferry will enter the service between the ports of Ust-Luga and Baltiysk to connect mainland Russia with its enclave Kaliningrad region.

By the end of the year, a sistership of “Marshal Rokossovsky”, the ferry “General Chernyakhovsky” is to be delivered to operate between Ust-Luga and Baltiysk.