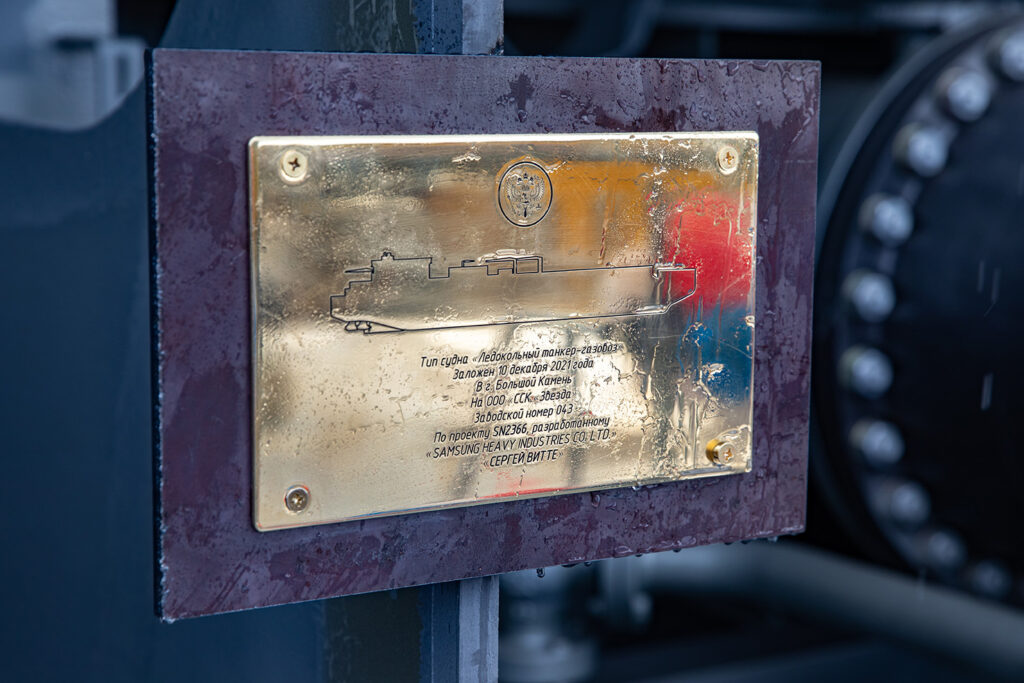 Zvezda Shipbuilding Complex has laid the keel for a third Arc7 LNG tanker for Arctic LNG 2 project. The vessel will be named after Sergey Witte, a renowned Russian statesman and financier, the father of industrialization in Russia.

The contracts to build 15 Arc7 LNG tankers for transporting cargo from the Arctic LNG 2 plant were signed by Zvezda and VEB.RF Group companies in December 2019 – July 2020. The major sponsor of the project and the charterer is Novatek, Zvezda said in a statement.

Zvezda is the first Russian shipyard to build such vessels. The tankers are designed to transport LNG and are capable of operating in the Arctic conditions due to the Arc7 strengthened ice class and icebreaking capability up to 2.1 m. The length of the vessel is 300 m, the beam moulded is 48.8 m, and the deadweight is 81,000 tons. The propulsion system capacity is 45 MW.

A distinctive feature of the LNG carriers is the Mark III membrane-type LNG storage system, the license for the construction od which was obtained by the shipyard for the first time in the country, after successfully passing the audit of Gaztransport & Technigaz (GTT), the French engineering company specializing on developing and licensing the construction of cryogenic membrane containment systems for the transport and storage of liquefied gas.

In addition, the vessel will be equipped with three unique PODs, the production of which is located on the Zvezda territory at the Sapphire Plant, a joint venture of between Rosneft and General Electric.