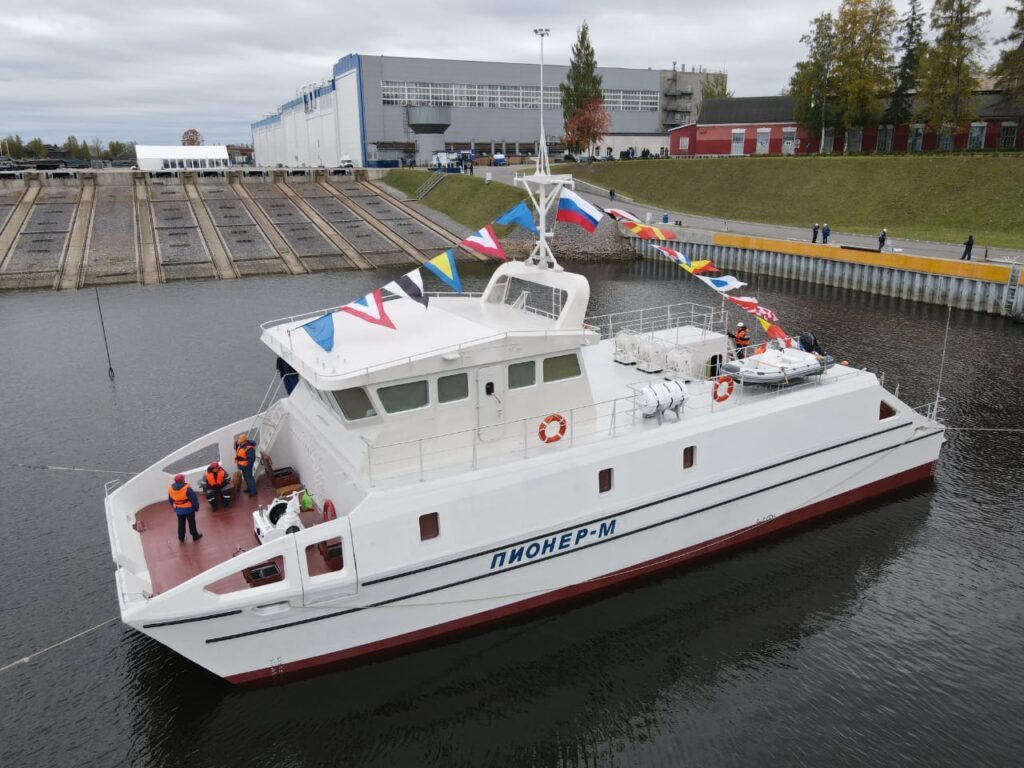 According to United Shipbuilding Corp., the “Pioner-M” is being built for the Sevastopol State University. It is a catamaran with a hull made of composite materials and an integrated navigation management system to be deployed year-round in the Black Sea and the Sea of Azov.

After the launching ceremony, the vessel will be equipped with state of the art mechanisms, systems and technologies. Also, engineering and electric equipment will be installed.

Building the autonomous ship is part of a federal project. The concept of the vessel was developed by a team including students of the Sevastopol State University directed by tutors and specialists of United Shipbuilding Corp.

The 26 m LOA, 9 m beam vessel has a displacement of 114 tons and a maximum speed of 10 knots. It can navigate autonomously during 5 days within a 500-mile range.