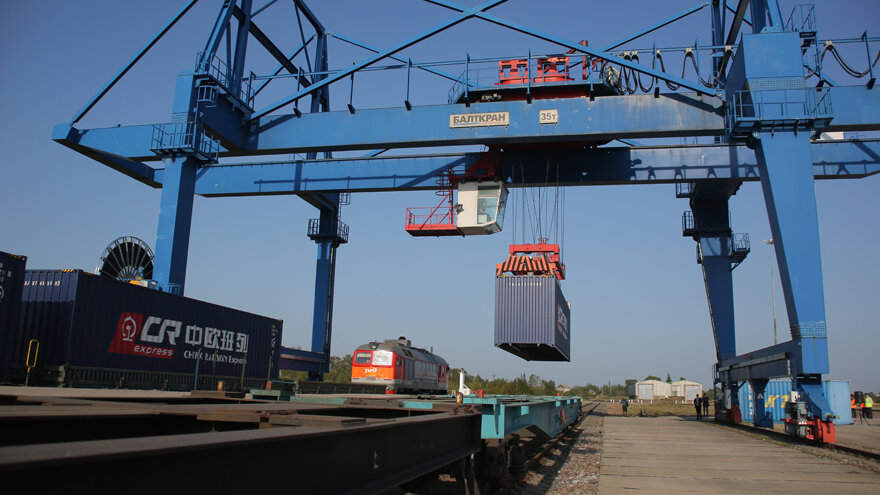 New Container Route from China to Europe via Kaliningrad

A transit block train from Tuangzezung in China arrived at the rail station of Chernyakhovsk in Kaliningrad region in Russia as part of the container service operated by UTLC ERA.

The 41 container (82 TEU) delivered by the train was reloaded from the Russian standard gauge onto the EU rail gauge and dispatched to Friedcihshafen in Germany on August 24.

The test shipment demonstrated that the transit time from China to Chermyakhovsk makes 13 days, twice as short as bt the traditional deep sea route.

The project is aimed at diversifying rail routes due to the growing container traffic in the framework of the Belt and Road initiative.