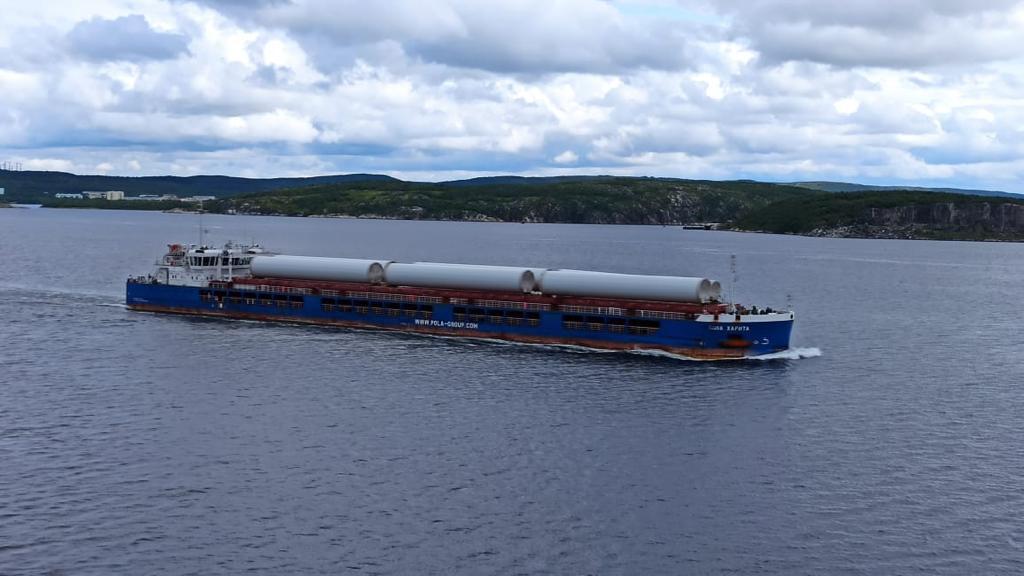 Murmansk Commercial Sea Port has become the terminal point of the new logistics route using Russia’s inland waterways. In July this year, three vessels delivered giant modules for the Kola Wind Park project by a route via the Don river, the Volga-Don Canal, the Volga river, the Sheksna river, the Volga-Baltic Waterway, the Svir river and the Neva river to St. Petersburg and from there by sea to Murmansk.

The transit time made 18-20 days as compared to 28-30 days by the all-sea route via the Black Sea and the Mediterranean, the Strait of Gibraltar and around Europe to Murmansk, Igor Lipinsky, Deputy Director of Murmansk Commercial Sea Port, explained.

Low-draft PSD Project vessels operated by Pola Rise Ltd were deployed to deliver the cargo. The river-sea-going ships built at Krasnoe Sormovo Yard are able to both pass the gates of the Volga-Don and Volga-Baltic canals and navigate at sea.