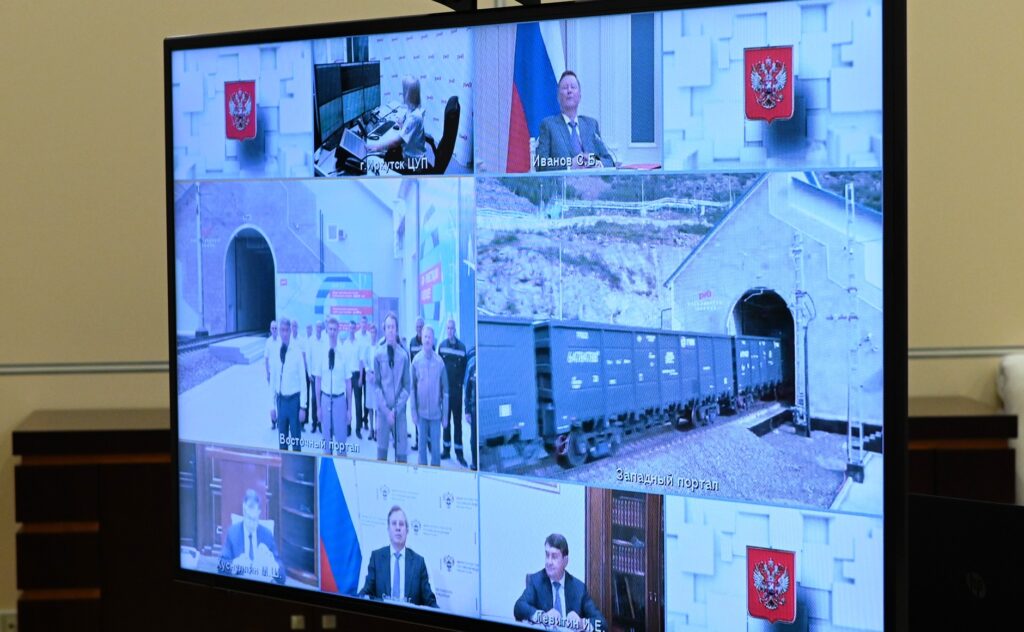 The new tunnel crosses the Baikal Mountains and links two of the Russian regions. Its western and eastern portals are located in the Irkutsk Region and the Republic of Buryatia, respectively.

The construction of the tunnel started in 2014 under a project to upgrade and develop the Baikal-Amur Mainline and Trans-Siberian Railway, being implemented in accordance with the instructions from the President and the Government of Russia.

‘With the opening of the new tunnel, the throughput of one of our main railway lines will increase significantly, by several times in fact, from 17 pairs (of trains per day) to 33 during the first stage, and later on, up to 57 as far as I am aware. The head of Russian Railways will probably talk about the prospects today. This will certainly open up some new opportunities for business, for increasing freight traffic in the Eastern Operating Domain, for tapping Russia’s entire transit potential. It will also give an additional impetus to economic and social development in a number of regions in Siberia and the Far East,’ Putin said.

‘Overall, we will continue to develop modern transport infrastructure throughout Russia: we will build airports and sea terminals, and develop motor and rail network. We need this to increase the connectivity of the Russian regions, for convenient movement between cities and regions, for the creation of effective transport corridors to link the European part of Russia and the rest of it beyond the Urals – to connect Europe and Asia in a bigger sense. All these are long-term development plans, which I am sure we will definitely implement by joint efforts’, he added.