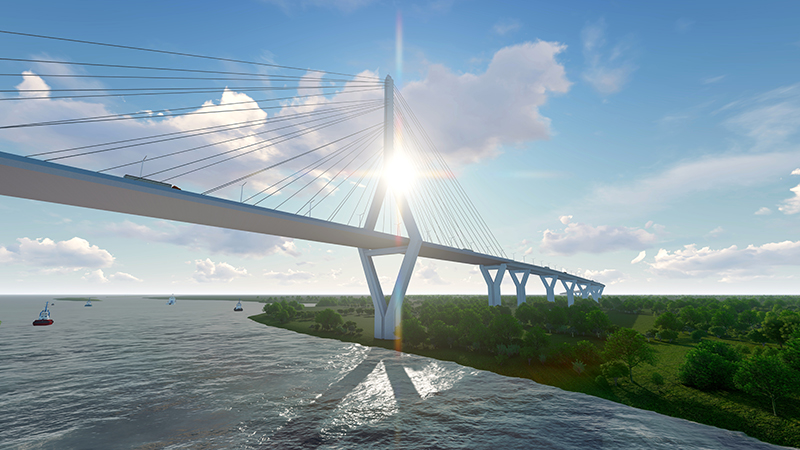 An agreement on building a bridge across the Vistula Lagoon (also called the Kaliningrad Gulf) has been signed in Kaliningrad. According to Rostech, the project will make a link between the Northwest part of Kaliningrad region and the TransEuropean 1-A Riga – Kaliningrad – Gdansk transport corridor.

The new infrastructure will be 8.1 km long including 2.85 km of the bridge proper. The project envisages building a single-pylon cable bridge, with its pylon 162 m high.

The bridge project is part of the Kaliningrad development plan for the period until 2035. It will help move cargo traffic outside the city of Kaliningrad and offer an access way for cargo to the port of Pionersky under construction in the region and to Kaliningrad’s Khrabrovo Airport.

The capital expenditures are estimated to make 41.5 bn rubles ($560 mn). The project will be funded by Sberbank through a loan and by the private investor, VIS Group.