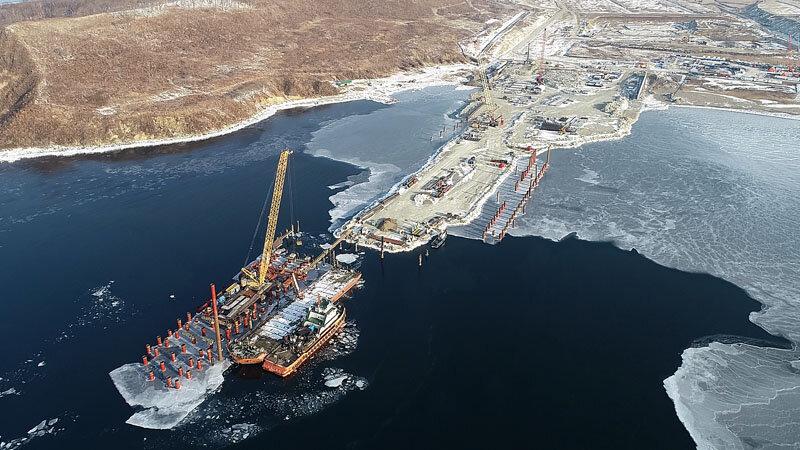 The handling capacity of Russia’s sea ports is to be expanded by 50 mn tons due to new port facilities put into operation and existing facilities reconstruction, according to Rosmorport.

In the Baltic port of Ust-Luga, Ultramar’s mineral fertilizers terminal project to be completed by the year-end will add 12 mn tons of capacity. The LNG terminal planned for putting into operation in 2021 in Vyssotsk in the Baltic, will have a capacity of 2.2 mn tons.

In the Black Sea, the modernization of the KSK grain terminal in Novorossiysk will add 1.5 mn tons, while the completion of the dry bulk cargo terminal project in Taman will add 25 mn tons.

In the Sea of Azov, the first phase of the liquid bulk terminal developed by Temryukmortrans in the port of Temryuk with a capacity of 0.5 mn tons is to be inaugurated this year.

In the Far East, the new coal port of Sukhodol capable of handling 6 mn tons is to be put into operation. Other coal projects in the Far East include stage 2A of the common facility near Cape Otkryty with a capacity of 1.55 mn tons and reconstruction in the port of Vostochny to increase the capacity at Maly Port by 0.5 mn tons.

In the Arctic, two berths are to be modernized in Pevek to expand the port capacity by 0.8 mn tons.

All of these projects are part of the Comprehensive Plan for transport infrastructure modernization and expansion in the framework of the Sea Ports of Russia federal programme. Last year, 32.67 mn tons of capacity was put into operation under the Comprehensive Plan, according to Rosmorport.