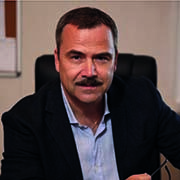 Port of Antwerp has announced the appointment of Andrey Daskovskiy as International Representative for Russia.

“Russia is our third maritime trading partner and since the days of Peter the Great heavily connected with Antwerp. After a very successful economic and cultural mission of Antwerp to Moscow and St Petersburg in 2018, the idea matured to increase our presence and visibility in this important region”, the port said in a statement.

Andrey Daskovkiy was born in Moscow in 1963. He studied International Law at the Moscow State Institute of International Relations and later got a second Master Degree in International Business at the London City University Business School. Throughout his career, he completed his studies with several Senior Management and  Leadership training courses, one of which at Princeton University, USA.

Between 1985 and 1992, Daskovkiy worked for the Russian Government, where he gained diplomatic experience with a focus on North Africa and the Middle East. His last assignment was that of Attaché, 3rd Secretary, at the Embassy of Damascus, Syria.

In 1993 he moved to the private sector, where he worked in various commercial/general management functions at Russian branches of Western multinationals such as Pepsicola, Heinz, Clairol, Ursa, Rautaruukki and Profine. In 2014, he was recruited by Belgian-based multinational SIbelco, where he was Country manager for Sibelco Russia until last year.