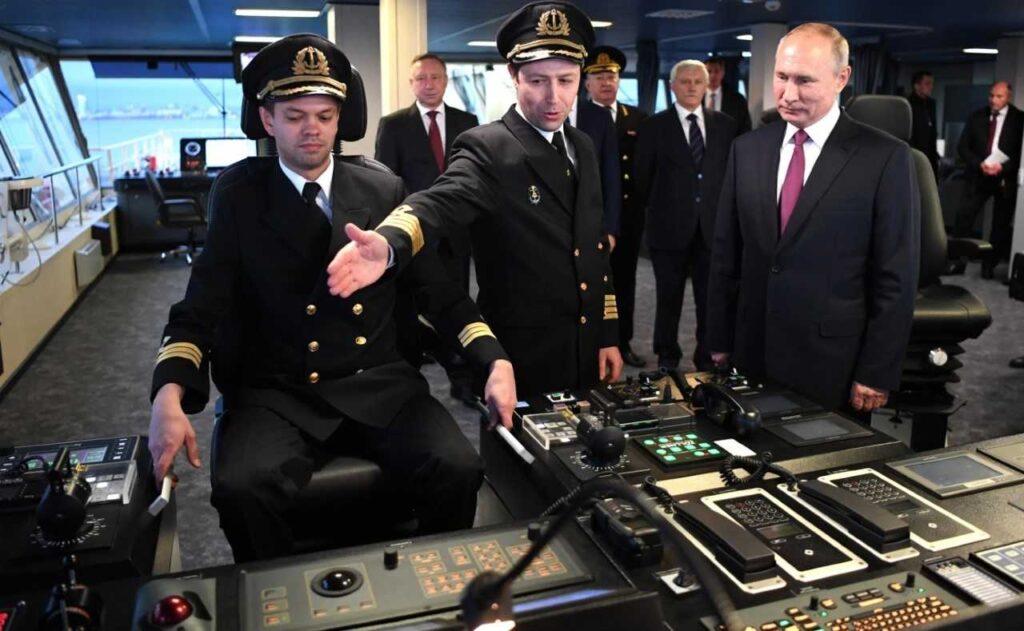 Last week, a flag raising ceremony was held on board the new Russian icebreaker named “Viktor Chernomyrdin” to commemorate a contemporary Russian statesman, who was Chairman of the RF Government during 1993-1998.

The ceremony was attended by president Vladimir Putin, the then Minister of transport Yevgeny Dietrich, Chairman of the United Shipbuilding Corp. Georgy Poltavchenko and St. Petersburg Governor Alexander Beglov.

The 25 MWt diesel-electric icebreaker is the world’s largest and most powerful non-nuclear icebreaker. It is designed to escort vessels in the Gulf of Finland and can be deployed in the Arctic and Antarctic waters.

The ice class notation of “Viktor Chernomyrdin” is Icebreaker8. The vessel has a speed of up to 17.8 knots in clear water and 2 knots in the ice up to 2 meters thick. When necessary, the icebreaker is capable of breaking ice up to 3 meters thick.

“Viktor Chernomyrdin” is a state of the art, highly maneuverable and highly automated vessel that can be operated from the bridge by one person only. The number of crew is 38, plus the vessels can take additional 90 people on board.

The icebreaker is equipped with two helipads. Apart from assisting vessels under the ice conditions, “Viktor Chernomyrdin” can also take part in scientific missions and transport hazardous cargo and containers. 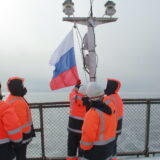