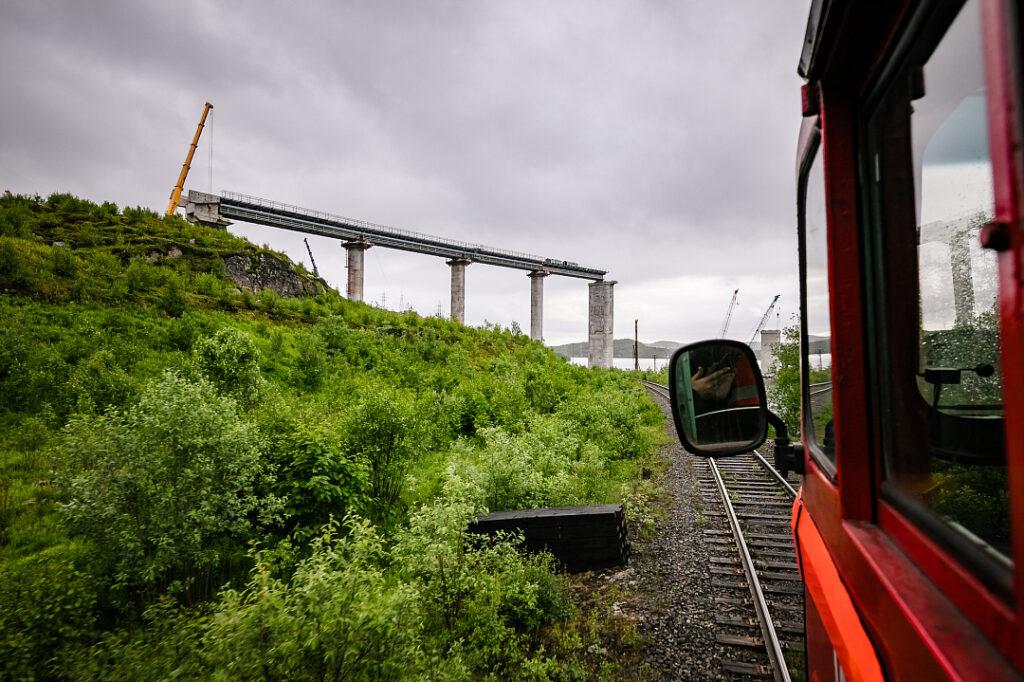 On June 19, the first cargo train ran on the rail bypass connecting Murmansk with the rest of Russia, the government of Murmansk Oblast reports.

250 construction and road vehicles and over a thousand people were working day and night building the 5.7-kilometer branch between the Vykhodnoy station and the 9th Kilometer roadblock.

The bypass rail branch will be operated until a new bridge over the Kola river is built.

The first train to run the bypass rail branch was a block train carrying containers to the station of Murmashi.