He succeeds Mikhail Loganov who is stepping down from the role but has stated his commitment to provide ongoing support to the Group and will work with V.Bychkov as his adviser during a transitional period until 30 September 2018.

Bychkov has a twenty years experience in the logistics and transportation industry. Starting his career as a freight forwarder, during 2004-2009, he was the CEO of Delo Group where he was instrumental to M&A, strategic partnerships and attracted equity finance while successfully transforming the Group into an efficient transport business with a core focus on stevedoring and logistics. In 2010 he was appointed CEO of Ruscon, the key asset in the transportation and logistics division of Delo Group.

“Vladimir is a highly recognised industry figure with an excellent track record and credibility due to his in depth knowledge of the Russian logistics and transportation industry and we are delighted to have him taking this key position,” said Morten Engelstoft, Chairman of the Board of Directors of the Company. “His sector knowledge will be invaluable in executing on our strategy of expanding container and bulk volumes in our premium terminal network while also maintain our continued focus on deleverage”.

M.Engelstoft added: “I would like to take this opportunity to thank Mikhail for his considerable contribution to the development of Global Ports during his tenure both as CEO and previously in his position as CFO. As CEO he has led Global Ports to achieve the significant growth in container and bulk cargo volumes that we have seen over the last year. He has also been instrumental in driving the strong focus on efficiency at Global Ports completing further centralisation programmes. We wish him well in his future projects.”

V.Bychkov has worked at Delo Group since 2000, starting with the position of freight forwarder. In 2003, he became Deputy CEO, managing procurement and bunkering services before taking on the role of CEO of Krasnodarteploset to restructure the business. During 2004 – 2009, he was the CEO of Delo Group where he was instrumental to M&A, strategic partnerships, attracted equity finance while successfully transforming the Group into an efficient transport business with a core focus on stevedoring and logistics.

In July 2010, he became the President of Ruscon, the container and logistics segment of Delo Group that operates terminals and warehouses in the Novorossiysk and Moscow regions offering full range of handling services and storage facilities as well as sea freight transportation and turn-key logistics multimodal solutions.

He is also a member of the Expert Advisory Board for Customs Policy under the Russian Federal Customs Service.

Delo Group completed the acquisition of a share in Global Ports in December 2017. 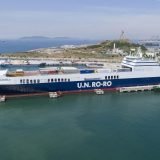 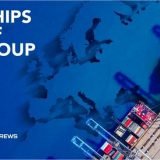 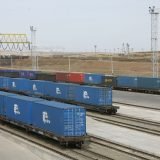 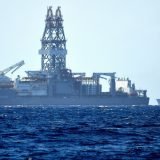 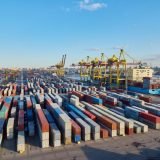