KAMAZ has started exporting its production to South Africa. The first shipment consisting of 12 right-hand drive trucks, specially for the South African market, were loaded in St. Petersburg on December 30, 2017. Just one day before the New Year.

WWL (Wallenius Wilhelmsen Logistics) was nominated as an ocean carrier, and on the European leg, from St. Petersburg to the port of transshipment, Bremerhafen, a ferry operated by the ro-ro feeder UECC was used.

According to WWL, cargo was delivered to Durban as scheduled, and was unloaded on February 6.

KAMAZ intends to expand truck export to South Africa and other African countries. 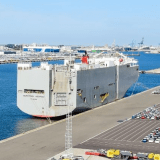 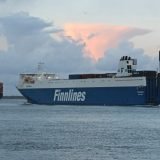