The Novorossiysk based terminal assets (including NCSP proper, Importpischeprom, Novoroslesexport, Novorossiysk Shiprepair Yard, Novorossiysk Grain Terminal and Novorossiysk Fuel Oil Terminal, which is a JV with Chernomortransneft) handled 84.9 mn tons, up 3.9% year-on-year. Primorsk was down 10.6% to 57.6 mn tons. Baltiysk (Baltic Stevedoring Co) grew significantly both in terms of TEU (up 55.9%) and tonnage-wise (up 34%).

The decrease in crude transportation was planned, in March last year Transneft announced that in 2017 crude export via Primorsk will be 13% below the previous year’s figure, down to 44 mn tons. Crude oil traffic via Novorossiysk, on the contrary, grew 0.9% making 30.7 mn tons.

The aggregate oil products volume handled at the group’s terminal also decreased 4.4% to 30.3 mn tons in line with the general declining production trend in Russia. Oil products handling in Novorossiysk was down 6.7% to 16.7 mn tons, and Primorsk saw it oil products traffic decline 1.4% to 13.6 mn tons.

The rest of solid bulk declined. Thus, chemicals were down 13.5% to 722 thousand tons, sugar down 23.2% to 500 thousand tons, ferrous ore down 7.9% to 2.8 mn tons (the latter, according to NCSP, decreased due to the growing demand in the home market, lower export to Turkey, increasing export to China, and reorientation of part of export to Eastern Europe and alternative routes in H2).

General cargo declined 4.6% to 13.8 mn tons. Ferrous metal decreased 6.5% to 11.9 mn tons due to lower volumes exported by the major shippers, such as Metalloinvest and EVRAZ. Timber and logs traffic dropped 28.8% to 413 thousand tons.

Non-ferrous metals handling volume was up 10.1% making 1.2 mn tons. Perishables surged 4-fold due to higher volumes of vegetables and fruit imported from Turkey.

Container traffic grew both in Novorossiysk and in Baltiysk. 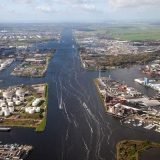 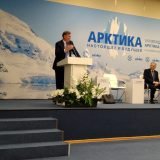 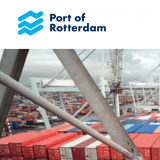 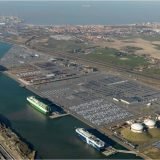 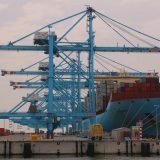 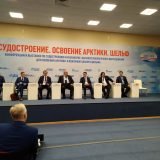