In January this year the port handled its first coal shipment, 26 thousand tons designated for Ghent. At present another shipment is being accumulated, to be loaded on board a ship soon.

In January it is planned to handle about 100 thousand tons of export designated coal, according to Evgeny Savkin, MD of Commercial Sea Port of Ust-Luga.

The target coal handling for the entire 2018 us some 4 mn tons. Also, the port intends to handle some 2 mn tons of mineral fertilizers and continue working with metals and large pipes.

The decision to start handling coal was prompted by the coal market conditions, according to the port spokesperson. “Export volume and the number of exporters are growing, while specialized terminals are facing congestion”.

Commercial Sea Port of Ust-Luga plans to build a specialized coal complex during the coming three years with an annual capacity of about 15 mn tons.

In the near future special vessel loading and railcar handling equipment is to be delivered. In 2018, the company intends to invest some 800 mn rubles in modernizing the technique at the terminal.

Compared to the nearby Rosterminal coal terminal in Ust-Luga, Yug-2 Terminal operated by Commercial Sea Port of Ust-Luga has smaller depth, it can handle vessels with a draft up to 11.1 m and up to 50,000 dwt. 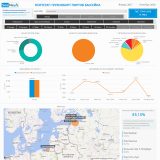 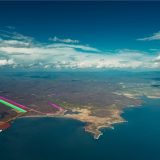 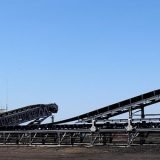 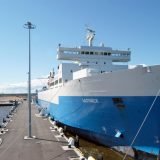 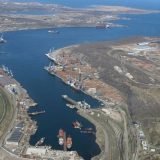 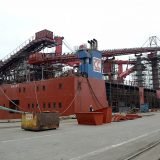 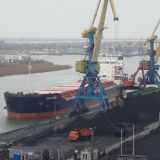