The Russian Federation has submitted to the IMO Assembly a suggestion aimed at reducing the number of vessel documents, told the audience RF Transport Minister Maxim Sokolov at the 30th session of the Assembly.

He said that during the past 25 years the quantity of vessel documents has grown more then four-fold, from 25 to 106. Replacing paper documents with electronic ones will do nothing to solve the problem as the number of documents requiring efforts and attention has nothing to do with their form.

M.Sokolov believes that new requirements introduced by the IMO in different spheres should not lead to increasing paperwork load on the shipping industry.

So far, until the decision is made, the minister suggested introducing a moratorium on introducing new vessel documents. “I think, seafarers will be sincerely grateful for that”, he said.

Speaking on the environmental initiatives promoted by the IMO, M.Sokolov stressed that climate-related problems should be solved globally on the IMO level, not regionally, as the IMO has all the tools and mechanisms necessary to develop a universal long-term approach.

However, the measures aimed at protecting the environment must be feasible. The minister said there are doubts whether the new sulfur restriction to come into force in 2020 can be fully accomplished taking into account possible shortage of low-sulfur fuel predicted by experts. This means that a grace period might have to be introduced.

Speaking of the Arctic initiatives, M.Sokolov pointed out the positive influence of the Polar Code that entered into force this year. However, it is desirable to avoid extremes, such as the suggested ban on transporting and using heavy fuel, or hastily applying the Polar Code requirements to conventional vessels, which can have a dire effect on the Far North aboriginal population.

The minister also told the audience about the mutual initiative of the RF and the USA to manage vessel traffic in the Bering Strait, which the two countries submitted to the profile IMO committee.

Russia is a firm advocate of strengthening the role of the IMO as a sole global shipping industry regulator, said M.Sokolov. At the same time, it should avoid excessive political involvement, as, in accordance with the UN mandate, the IMO is an exclusively technical body. 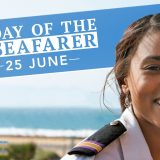 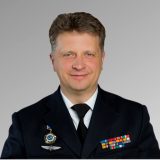 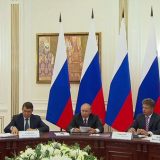 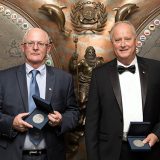 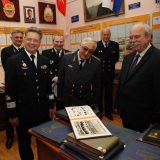 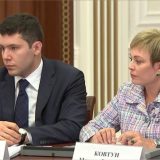